BRTO is a minimally invasive technique that is used to treat gastric variceal bleeding. The procedure involves blocking the dilated vessels, reducing the risk of rupture. It can be used in addition to or as an alternative to TIPS, which is the primary treatment for gastric varices. TIPS aims to relieve the pressure on the dilated vessels by creating new connections between blood vessels in the liver using a shunt. 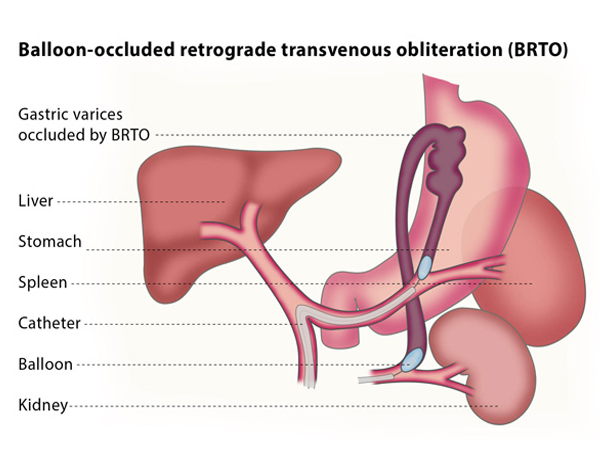